Library Browse THE STOLEN PRINCE OF... 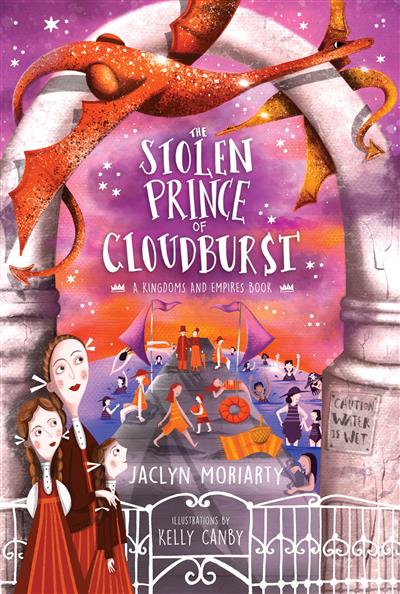 The Stolen Prince of Cloudburst

Loading...
Long ago, the little Prince of Cloudburst was stolen from the seashore by a Water Sprite. Now, ten years later, the prince has found his way home. The King and Queen are planning View more
Save for later

Jaclyn Moriarty is the author of novels for children, young adults and adults, including the internationally bestselling Feeling Sorry for Celia and Finding Cassie Crazy, and the Colours of Madeleine trilogy. The first book in that trilogy, A Corner of White, won the NSW Premier's Literary Award for Young Adult Fiction, the Queensland Literary Award for Young Adult Fiction, and was short-listed for the Western Australian Premier's Awards. In the US, it was a Boston Globe-Horn Book Honor book, was short-listed for the Nebula (Andre Norton prize), and was a Kirkus Best Book of the Year. The second in the trilogy, The Cracks in the Kingdom, also won both the NSW and Queensland Literary Awards, was short-listed for the Victorian Premier's Awards, and won the Aurealis Award for Best Young Adult Fantasy. The Kingdoms and Empires books, a series of standalone books for 10 to 14-year-olds, include The Extremely Inconvenient Adventures of Bronte Mettlestone, The Slightly Alarming Tale of the Whispering Wars and The Stolen Prince of Cloudburst. The first two books in the series have won and been short-listed for a number of prizes. A former media and entertainment lawyer, Jaclyn grew up in Sydney, lived in the US, the UK and Canada, and now lives in Sydney again.
Close