Library Browse A DOCTOR IN AFRICA 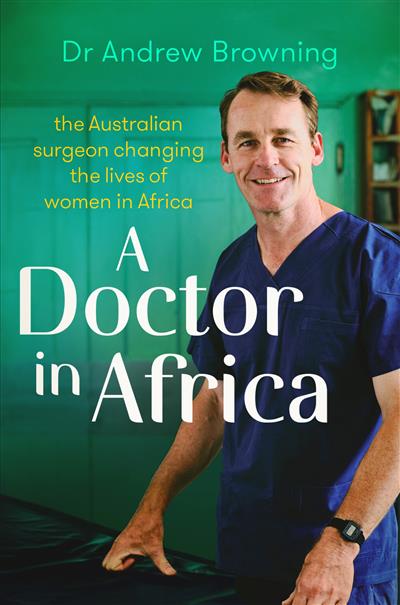 A Doctor in Africa

Loading...
Including a preface by HRH The Princess Royal, Princess Anne.The Australian doctor saving the lives and dignity of thousands of women in Africa, one surgery at a time.From Ethiopia View more
Save for later

Dr Andrew Browning AM is an Australian-trained obstetrician, gynaecologist and senior fistula surgeon who has worked in Ethiopia and Tanzania. Andrew spent his elective term at Murgwanza at the beginning of the Rwandan genocide. In 1996, he visited his aunt Valerie Browning and Dr Catherine Hamlin at the fistula hospital in Addis Ababa and was immediately invited to work there. In 2001 he joined Catherine Hamlin in her fistula hospital and five years later, he and his wife moved to Bahir Dar in Northern Ethiopia where he took charge of the first regional Hamlin Fistula hospital. In 2009 he started his own charity, the Barbara May Foundation, to take the work that the Hamlin's had started out of Ethiopia to the rest of Africa and to also focus more on fistula prevention.Andrew has led a team that have gone on to transform several health centres into safe and functional maternal health centres and to build and run charity maternity hospitals for poor women, and those living in remote regions.In an effort to help the more than two million women estimated to be suffering with existing obstetric fistula injuries throughout Africa, Andrew has provided and continues to provide fistula treatment and surgical training in Malawi, Sierra Leone, Kenya, Chad, Uganda, Somaliland, South Sudan, Togo, Democratic Republic of the Congo as well as India, Bangladesh and Nepal, He also consults on global maternal health care issues to United Nations Fund for Population Activities and the International Federation of Gynaecology and Obstetrics. Today, Andrew divides his time between Australia and Africa. He was named as a Member (AM) of the Order of Australia in 2019 in recognition of his outstanding contributions to improving maternal health care for women in poverty.
Close