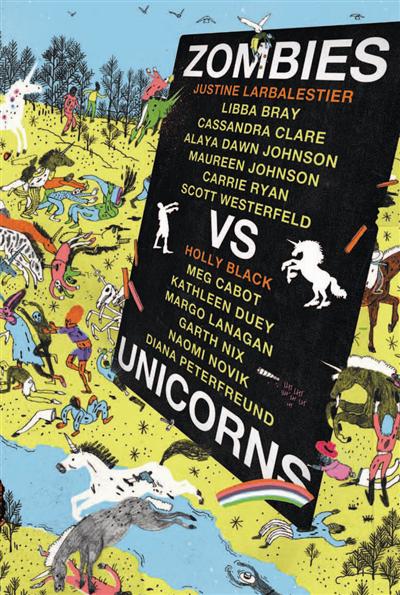 By Justine Larbalestier, By Holly Black

Loading...
It's a question as old as time itself: which reigns supreme, the zombie or the unicorn? 'For too long, the zombie has dominated the public consciousness, but the reign of the View more
Save for later

Team Zombie Libba Bray, Cassandra Clare, Alaya Dawn Johnson, Maureen Johnson, Carrie Ryan, Scott Westerfeld and captained by Justine Larbalestier, the author of Liar, How to Ditch Your Fairy and The Magic or Madness trilogy. She has been a zombie enthusiast ever since she first saw George Romero's Night of the Living Dead as a tiny tot. She lives in Sydney, Australia + New York City, USA. Team Unicorn Meg Cabot, Kathleen Duey, Margo Lanagan, Garth Nix, Naomi Novik, Diana Peterfreund are captained by Holly Black, the bestselling author of the Spiderwick series and other novels for teens including, Tithe: A Modern Faerie Tale, Valiant and Ironside, (the Tithe sequel) which was a New York Times bestseller. Her new novel, White Cat, is to be published in the US Summer 2010. She lives in Amherst, Massachusetts.
Close