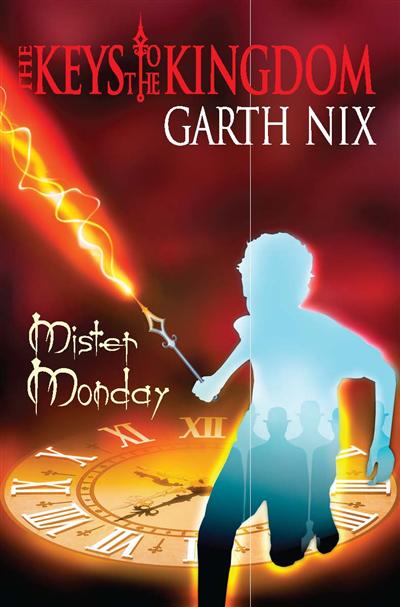 Loading...
Arthur Penhaligon is not supposed to be a hero. He is, in fact, supposed to die an early death. But then he is saved by a key shaped like the minute hand of a clock. Arthur is safe View more
Save for later

Keys to the Kingdom

Garth Nix has been a full-time writer since 2001, but has also worked as a literary agent, marketing consultant, book editor, book publicist, book sales representative, bookseller, and as a part-time soldier in the Australian Army Reserve. Garth's books include: the YA fantasy Old Kingdom series, including Sabriel, Lirael, Abhorsen, Clariel and Goldenhand; SF novels Shade's Children and A Confusion of Princes; and a Regency romance with magic, Newt's Emerald. His fantasy novels for children include The Ragwitch, the six books of The Seventh Tower sequence, The Keys to the Kingdom series and others. He has co-written several books with Sean Williams, including the Troubletwisters series and the forthcoming Have Sword, Will Travel. More than five million copies of his books have been sold around the world, they have appeared on the bestseller lists of The New York Times, Publishers Weekly and USA Today and his work has been translated into 42 languages. His most recent book, Frogkisser!, is now being developed as a film by Twentieth Century Fox/Blue Sky Animation. www.garthnix.com facebook.com/garthnix Twitter @garthnix
Close