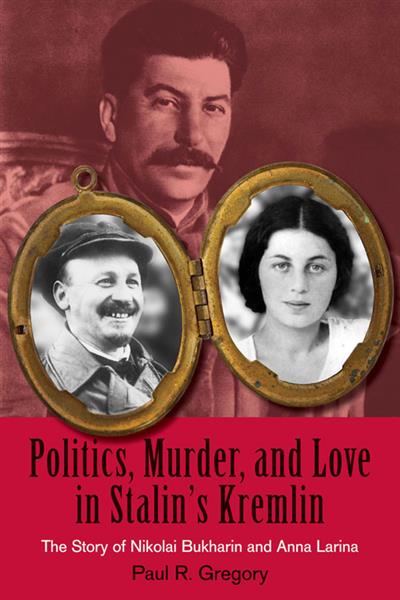 Politics, Murder, and Love in Stalin's Kremlin: The Story of Nikolai Bukharin and Anna Larina

Loading...
Drawing from Hoover Institution archival documents, Paul Gregory sheds light on how the world's first socialist state went terribly wrong and why it was likely to veer off course View more
Save for later

Paul R. Gregory, a Hoover Institution research fellow, holds an endowed professorship in the Department of Economics at the University of Houston, Texas, and is a research professor at the German Institute for Economic Research in Berlin. The holder of a Ph.D. in economics from Harvard University, he is the author or coauthor of twelve books and many articles on economic history, the Soviet economy, transition economies, comparative economics, and economic demography including Lenin's Brain and Other Tales from the Secret Soviet Archives (Hoover Institution Press, 2008), The Political Economy of Stalinism (2004), Before Command: The Russian Economy from Emancipation to Stalin (1994), Restructuring the Soviet Economic Bureaucracy (1990, reissued 2006), and Russian National Income, 1885-1913 (1982, reissued 2005). He has edited Behind the Facade of Stalin's Command Economy (2001) and The Economics of Forced Labor: The Soviet Gulag (2003), both published by Hoover Institution Press and summarizing his research group's work on the Soviet state and party archives. His publications based on work in the Hoover Institution Archives have been awarded the Hewett Book Prize and the J.M. Montias Prize for the best article in the Journal of Comparative Economics. The research of his Hoover Soviet Archives Research Project team is summarized in part in "Allocation under Dictatorship: Research in Stalin's Archive" (coauthored with Hoover fellow Mark Harrison), published in the Journal of Economic Literature.
Close