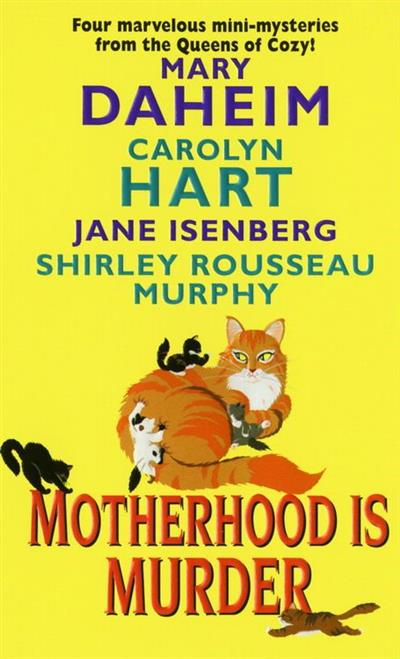 By Carolyn Hart, By Shirley Rousseau Murphy, By Mary Daheim, By Jane Isenberg

Loading...
Four of mystery's reigning matriarchs have joined together to concoct a delectable stew of clues, corpses, and felonious hijinks -- all spectacularly seasoned with a mother's View more
Save for later

An accomplished master of mystery, Carolyn Hart is the author of twenty previous Death on Demand novels. Her books have won multiple Agatha, Anthony, and Macavity Awards. She is also the creator of the Henrie O series, featuring a retired reporter, and the Bailey Ruth series, starring an impetuous, redheaded ghost. One of the founders of Sisters in Crime, Hart lives in Oklahoma City. Mary Richardson Daheim is a Seattle native with a communications degree from the University of Washington. Realizing at an early age that getting published in books with real covers might elude her for years, she worked on daily newspapers and in public relations to help avoid her creditors. She lives in her hometown in a century-old house not unlike Hillside Manor, except for the body count. Daheim is also the author of the Alpine mystery series. Shirley Rousseau Murphy is the author of twenty mysteries in the Joe Grey series, for which she has won the Cat Writers' Association Muse Medallion nine years running, and has received ten national Cat Writers' Association Awards for best novel of the year. She is also a noted children's book author, and has received five Council of Authors and Journalists Awards. She lives in Carmel, California, where she serves as full-time household help to two demanding feline ladies. Jane Isenberg taught English to urban community college students for close to thirty years. She has been writing mysteries ever since she experienced her first hot flash. Her copies of Modern Maturity are delivered to her new home in Amherst, Massachusetts, that she shares with her husband Phil Thompkins.
Close