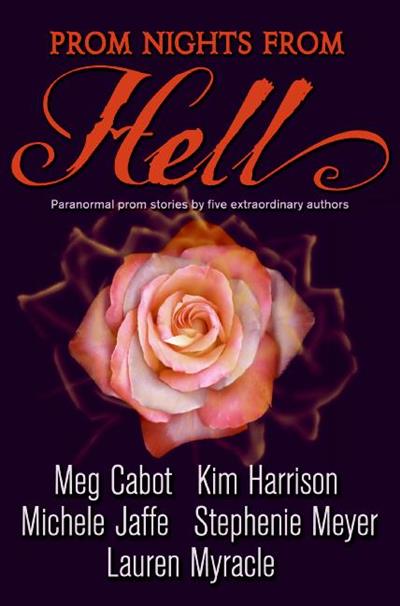 By Stephenie Meyer, By Meg Cabot, By Lauren Myracle, By Michele Jaffe, By Kim Harrison

Stephenie Meyer, author of the bestselling Twilight and New Moon, graduated from Brigham Young University with a degree in English Literature. She lives with her husband and three young sons in Arizona. Kim Harrison is best known as the author of the #1 New York Times best selling Hollows series, but she has written more than urban fantasy and has published more than two-dozen books spanning the gamut from young adult, accelerated-science thriller, several anthologies, and has scripted two original graphic novels set in the Hollows universe. She has also published traditional fantasy under the name Dawn Cook. Kim is currently working on a new Hollows book between other, non related, urban fantasy projects. Meg Cabot's many books for both adults and tweens/teens have included multiple global and #1 New York Times bestsellers, selling over twenty-five million copies worldwide. Her Princess Diaries series has been published in more than 38 countries and was made into several hit films by Disney. Meg is still waiting for her real parents, the king and queen, to restore her to her rightful throne. She currently lives in Key West, FL, with her husband and various cats. Lauren Myracle has written many books for tweens and teens, including the bestselling Winnie Years series and the Flower Power series. She lives with her family in Colorado, and she thinks life is the most magical adventure of all. www.laurenmyracle.com Michele Jaffe is the author of Bad Kitty, Kitty Kitty, and the mangas Bad Kitty: Catnipped and Bad Kitty: Catnapped as well as several adult novels, including the thrillers Bad Girl and Loverboy. After getting her Ph.D. in Comparative Literature from Harvard, she retired from academia and decided to become an FBI special agent or glamorous showgirl but somehow ended up writing. A native of Los Angeles, CA, Michele and her sparkly shoes reside in New York City.
Close